Home > What We Do

The Office of the Provincial Auditor contributes to the Legislative Assembly’s accountability process. The Office’s work and reports affect public confidence in the Government. They provide legislators and the public with critical information on whether the Government issues reliable financial and other reports, uses effective processes to safeguard public resources (i.e., resources with which it is entrusted), and complies with governing authorities.

In addition, the Office:

The Value and Benefits of a Legislative Audit Office: Accountability of the Office

The Office is accountable to the Legislative Assembly through the Standing Committee on Public Accounts.

The Rules and Procedures of the Legislative Assembly of Saskatchewan require the Committee to review and report to the Assembly on the results of its review of the Provincial Auditor’s reports. The Committee’s reports include whether the Committee agrees with recommendations the Office makes in its reports.

The Office’s work and reports contribute to informed decision making in government. This, in turn, helps the Government carry out its responsibilities using sound management practices.

Learn more about our Scope of Work 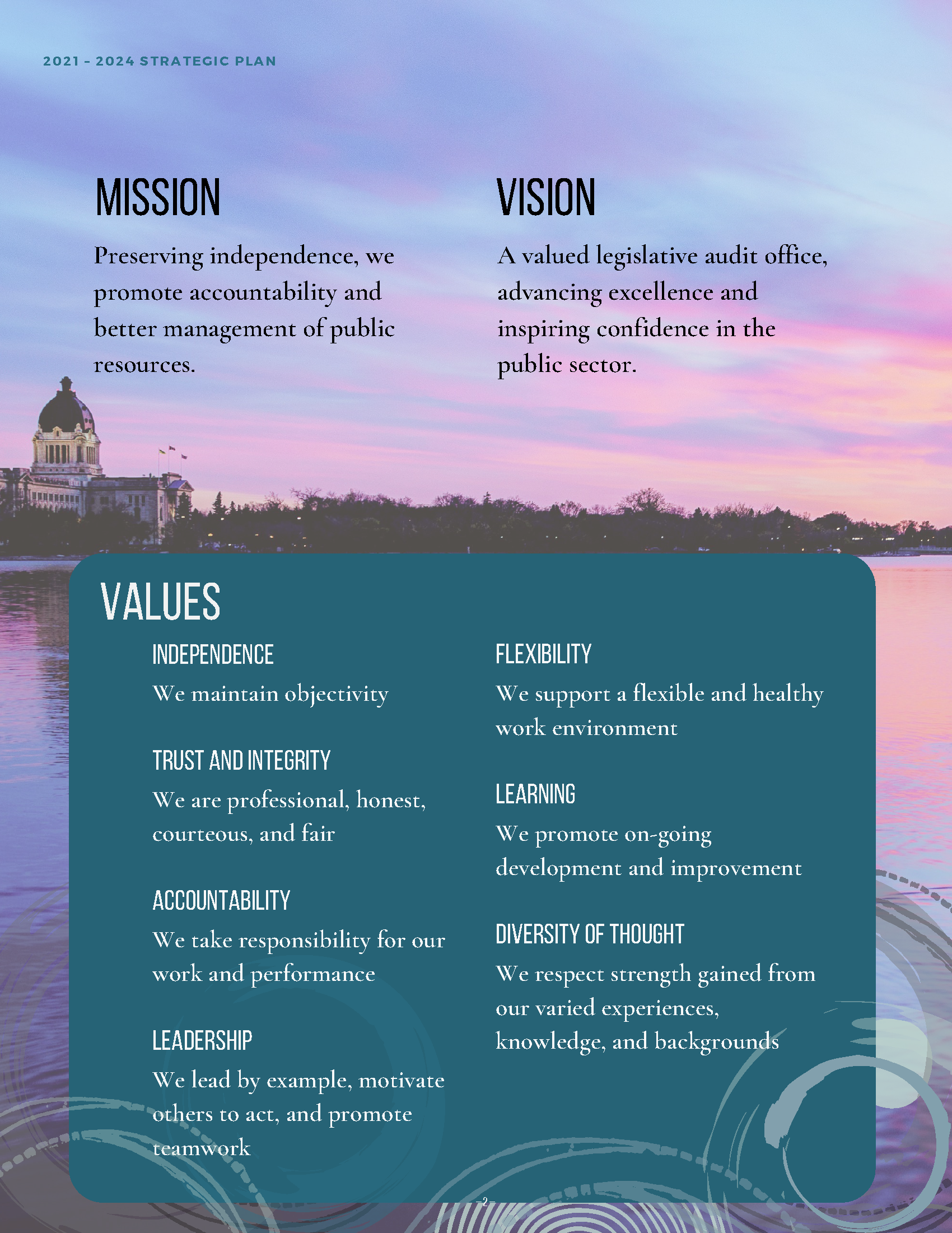