Home > What We Do > The Provincial Auditor Act 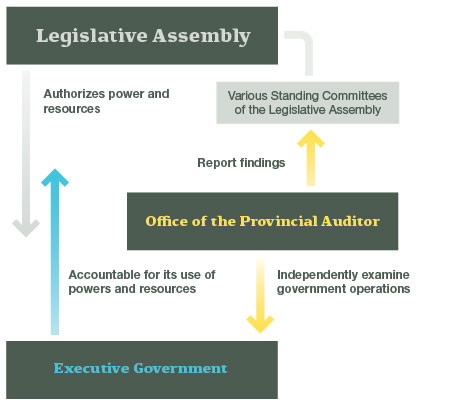 We examine these organizations directly, or work with other auditors appointed by the Government. We report our findings directly to the Legislative Assembly through our annual and special reports. Special reports may be requested by the Standing Committee on Public Accounts (PAC), the Legislative Assembly, Cabinet, or Crown and Central Agencies. Read our reports at Publications on our website.

In addition, our Office assists the all-party Standing Committee on Public Accounts and Crown and Central Agencies to review our reports, the public accounts, and other reports. We also encourage discussion and debate on public sector management and accountability issues.

All our reports are always public documents.